We Californians rightly take pride in our state’s environmental leadership. Our government leaders decided years ago to take the climate change bull by the horns, rather than quibble over its existence. How could we quibble, when we see the effects regularly in the form of mudslides, droughts and wildfires? However, hard data and ambitious goals spell out a lot of work ahead that’s going to require commitment from government, nonprofits, businesses and individuals. Your commitment as a citizen is one of the easiest to achieve—go solar.We encourage you to read on so you can (a) feel pride in our state’s progress and leadership, and (b) gain confidence that change can happen, and human beings can reverse at least some of the effects of climate change. On top of that, we’ll tell you how you can save some money on your household budget.

National Leader on Climate Change
Achievements
California has already met our 2020 climate change targets, four years early. The California Air Resources Board put the enormity of that accomplishment into context when they announced it last summer: “Greenhouse gas pollution in California fell below 1990 levels for the first time since emissions peaked in 2004—an achievement roughly equal to taking 12 million cars off the road or saving 6 billion gallons of gasoline a year.”

Greenhouse gas emissions were cut 13% and for those who claim that a vibrant renewable energy industry threatens jobs in the fossil fuel industry, note that our overall state economy grew 26% during that time. In fact, the solar industry alone has created almost 77,000 jobs in California, and we are home to more than 40% of the nation’s solar jobs, according to the U.S. Department of Energy.

Goals
But there will be no resting on our laurels here.

Last September, California committed to getting 100% of our electricity from clean energy sources including solar and wind by 2045. “Clean” means emissions-free, non-polluting, zero-carbon energy. And that means cleaner air, improved health, a reduction in the harmful impacts of global warming and a strong clean energy economy.

The state also made the most ambitious commitment to “carbon neutrality” of any major country in the world. Carbon neutrality refers to putting an equal (or lesser) amount of carbon dioxide (CO2) into the atmosphere than we take out. CO2 emissions will be reduced through measures including pollution controls and carbon sequestration in forests and soils. 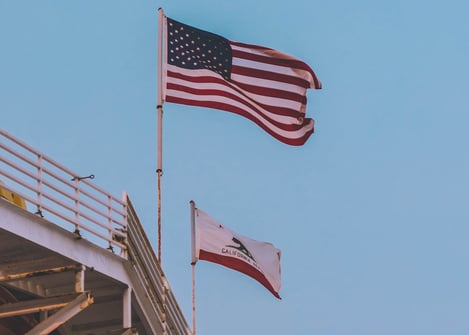 When it comes to solar energy specifically, California has led the nation since Day 1. We’ve always recognized that solar has a huge part to play in curbing greenhouse gas emissions. We have the most mature and successful solar industry in the U.S. Installations large and small are growing rapidly, as are the number of solar companies and solar jobs.

With competition comes better pricing—prices here have fallen 43% over the last 5 years according to the Solar Energy Industries Association. More than 6 million homes in the Golden State are powered by solar, and 19% of our electricity comes from solar. Bear with me for one more statistic confirming our immense solar achievements: According to a CNBC article, “eight of the ten U.S. cities with the highest percentage of home solar panels are already in California.”

However, there is one fly in our solar ointment. We really have to factor in the size of California and our huge population—more than that of any other state—which is closing in on 40 million people. Remember, we are the world’s fifth largest economy. Heavy is the head that wears the crown. With great success comes great responsibility. Looked at in relation to population, our solar performance isn’t quite as stellar. In fact, five other states have more solar installations per capita than we do.

This leads to our final point. California has plenty of room for further progress—in fact, further progress is mandatory to meet the state’s new climate change goals—and you can play an active role.

How You Can Help
Every person that installs solar energy on their home or business improves our solar adoption per capita. And every solar energy system makes our air that much cleaner. It may seem like your contribution is a drop in a very big bucket, but just remember the old adage, Think globally, act locally.

Solar is cheaper and easier than ever before. Contact us today for a free, no-obligation quote and we’ll show you what solar can save you. You’re already paying hundreds or even thousands of dollars to the electric company every year. Simply shift that budget into solar and you’ll be saving money and contributing to the achievement of California’s aggressive energy goals. We serve all of California through offices in Vacaville, Roseville, and Valencia.

If you can’t go solar because you rent or live in the woods, you can still benefit from more solar in the state. That’s because distributed generation—which is utility-speak for lots of individual solar installations of all sizes spread around in many neighborhoods—is reducing the cost for utilities to deliver electricity. Last year, solar and energy efficiency gains prompted the cancellation of 20 major utility construction projects, saving the electric companies around $2.6 billion, according to PV Magazine.

Theoretically, these savings should in turn lower the prices charged by the utilities to all of their customers. Our government leaders have done an impressive job with our climate change efforts. Let’s hope they are equally on the ball when it comes to making sure the utilities’ savings are passed on to customers.