A major “proceeding” is underway in the halls and conference rooms of California government, which will decrease the financial benefits for homeowners (and businesses) who install solar energy systems on their properties.

This “proceeding” or formal process is being led by the California Public Utilities Commission (CPUC), and it addresses how solar owners are compensated by the utilities for extra solar energy they send into the grid, where it is used by the utility’s other customers. This program is called “Net Energy Metering”.

A wide range of competing interests, including the big utilities, environmental groups and consumer advocates, is weighing in on California’s Net Energy Metering 3.0, or NEM 3.0. 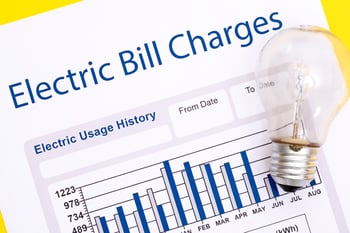 Proposed changes to the existing net energy metering program—and there are many—may be modified during the coming months of debate and deliberation. So, we will skip the minutiae and get right to what NEM 3.0 means for you—the homeowner who wants to go solar.

As of today, this much is clear:


3. The new program is expected to be finalized by September 30, 2021, and will go into effect at some point after that. That time frame will likely be months.

And perhaps most important—people who go solar now will likely be grandfathered into the existing, more generous program for 20 years.

What is net energy metering, also called “net metering”? The short answer is that it’s a way to capture the value of solar energy you produce but don’t use. You essentially “sell” your extra solar electricity to your utility for use by others, in exchange for credits you use when you’re not producing solar or when you need more solar than you are producing at a given time.

The even shorter answer is that it’s one of the very important programs that has made installing solar affordable for virtually anyone.

We offer a longer explanation on our website’s Learn page.

California’s current Net Energy Metering 2.0 program (NEM 2.0), which has been in place since 2016, addresses more than just your net metering arrangement. It calls for the following. (Note that this applies to customers of California’s big investor-owned utilities: PG&E, SDG&E and Southern California Edison.)

1. Homeowners who install solar (“solar owners”) earn credits for solar they send into the grid, at nearly the same “retail” price that you pay the utility when you buy electricity from them. Credits carry over month-to-month for a year. At that point, you lose any remaining credits, and a new tally starts.
2. The credits you receive are reduced from the retail price by 2-3 cents per kilowatt-hour (kWh). That money helps fund low-income assistance and energy-efficiency programs run by your utility.


3. Solar owners are put on the utility’s time-of-use (TOU) rates, meaning the price you pay for electricity changes based on the time of day. Rates are highest during periods of high electricity use—late afternoon and early evening. Rates are lowest late at night and early morning. TOU rates also affect your solar credits. Solar you send into the grid during higher-use periods, often called “peak demand times,” is more valuable to the utility, so you get a higher credit for that. 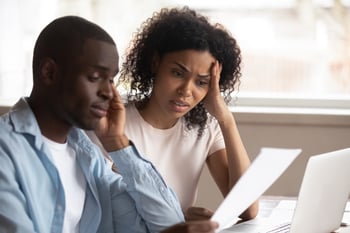 4. You remain in the net metering program for 20 years from the day your solar was “interconnected” to the utility grid; this is typically within one to four weeks of your interconnection application being submitted.

5. You pay a one-time interconnection fee of $75-$150 to the utility, depending on your utility. (Citadel manages this process and pays this on your behalf.)

What Changes with NEM 3.0

The many competing proposals being studied by the CPUC are just that—proposals. Nothing is definite. But common views are emerging. Here’s a list of some of the ideas with considerable traction. Some of these come from a white paper commissioned by the CPUC itself.

1. Net metering credits would be significantly lower, potentially as low as one-quarter of today’s level. Utilities have proposed paying solar owners the utility’s “avoided cost”—meaning the cost of the electricity they avoid buying because they can use your solar instead. In other words, your extra solar would only be valued at the wholesale rate at which your utility buys power from other sources. (Some proposals have suggested the credit be slightly higher than wholesale.)

2. Your credits would no longer carry over month-to-month for a year. Any credits you earn must be used the following month or you would lose them. This greatly reduces your ability to use credits earned during peak solar production seasons during lower-production seasons.

3. New charges would be added to your monthly electric bills if you own solar. For example, according to this San Diego Union-Tribune article, SDG&E customers could be hit with a $24/month “distributed generation successor tariff” and a “residential grid benefits charge” of $66/month for a homeowner with a typically sized, 6-kilowatt (kW) solar energy system. That’s $90 in new monthly charges! Another estimate says PG&E customers who own solar would see on average a $54/month new charge for a 5-kW system.

4. Net metering credits under NEM 3.0 would only be available for 10 years, instead of the 20 years available to people installing solar today.


It’s Not All Bad

Not all the proposed changes to the state’s net metering policy are bad. The country’s new focus on environmental justice and social justice is prompting calls to make solar more accessible to everyone, including lower-income families and renters. Read how the Sierra Club, Vote Solar and Grid Alternatives propose doing that in their joint filing at the CPUC. 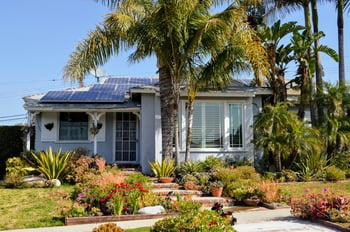 And incentives to encourage homeowners to install solar energy storage systems, or batteries, are under consideration. This might even apply to people who already have solar installed.

But there is no way to sugarcoat the negative impact of NEM 3.0 on people going solar:

Make Your Support of Solar Known

It’s not surprising that a majority of Californians support net metering and dislike making solar more expensive for homeowners and businesses. Our state already has among the highest electricity rates in the country, and we suffer from frequent forced power outages due to climate change fire threats. Making it harder to go solar feels like adding insult to injury.

Whether you have solar already or are thinking about getting it, or simply like the concept of homeowners being allowed to gain some energy independence by making their own power, consider voicing your support in one of these ways:

At the end of the (preferably sunny) day, no one thinks solar energy for homes and businesses will go away. It’s too important a piece of the climate change puzzle. In addition, most Americans feel strongly that it is their right to produce their own energy, thus reducing their dependency on large utilities.

But unless NEM 3.0 as currently envisioned changes drastically, it’s clear that solar tomorrow will not be as good a deal as solar today.

Please use your voice and speak up if you want solar to stay affordable and accessible.