PG&E Corporation, which owns Pacific Gas & Electric, filed for bankruptcy on January 29, 2019, as you’ve probably heard. Opinions on the impacts of this development are being offered in the media by a multitude of concerned parties including utility investors, industry analysts, consumer protection organizations, environmental advocates, and state government leaders and legislators.

Citadel Roofing & Solar would like to comment on the bankruptcy from a renewable energy provider’s perspective. Specifically, we’ll address:

What Happened at PG&E
In a nutshell, the utility claims it cannot meet its potential liabilities related to recent wildfires potentially caused by PG&E equipment, including 2018’s deadly Camp fire, which basically wiped out the town of Paradise. From a financial perspective, the company is right to be concerned. According to the Los Angeles Times, “The utility has already started skipping payments to families whose properties were destroyed by the 2015 Butte fire, which was caused by a tree falling on a PG&E power line.”

Not helping matters, the company is still feeling financial pain from its 2010 explosion of a gas pipeline in San Bruno, which caused 8 deaths and destroyed 38 homes. So even though it currently has more assets than debts, the future is not looking financially bright according to the filing.

The intense scrutiny of this filing is not surprising—PG&E is the state’s (and the country’s!) largest utility, serving 16 million customers in northern and central California. Therefore, the potential impacts of the bankruptcy are massive, even though the company plans to continue delivering electricity and gas to its customers. If you want to read more details of the situation, these articles from the San Francisco Chronicle, Los Angeles Times, USA Today, New York Times and Washington Post are good starting points. 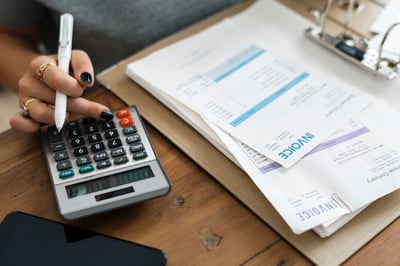 How PG&E's Bankruptcy Affects Electricity Rates
The Los Angeles Times piece says the bankruptcy “is likely to result in higher energy bills for the millions of Californians who depend on Pacific Gas & Electric for power.” But no real consensus has emerged yet on whether or not rates for the utility’s residential and commercial customers truly will increase, or by how much. It’s just too early to say.

And as the New York Times points out, “State leaders and residents are also likely to seek to thwart any effort by the utility to raise electricity rates.”

The things we here at Citadel know for sure are:

Infer from that what you will.

What You Can Do About It
If you’re tired of being at the mercy of the utilities and their investor-driven decisions, and if constant rate increases have you paranoid about turning on an extra light when you need it, it’s seriously time to consider solar.

More than a million solar energy systems are operating today in California not just because they lower homeowners’ and business owners’ electricity rates, and not just because zero-emissions solar helps the planet. People around the state are putting solar panels on their properties for two additional, very important reasons:

If you’re ready to learn what solar can save you, and to assert your energy independence, contact us today. We serve all of California from our offices in Vacaville, Roseville, and Valencia. 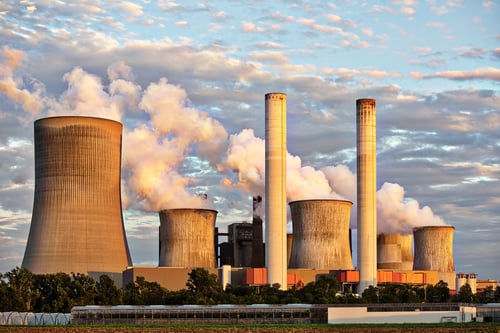 How PG&E's Bankruptcy Impacts Climate Change and Solar
One reason Citadel Roofing & Solar added “solar” to our name and business some years ago is because we believe renewable energy is an important tool in the fight against global warming. We want to do our part to help save the planet, just like most of our customers do.

Sadly, PG&E’s bankruptcy could very well impede the state’s march to meeting its ambitious climate change goals. Love them or hate them, the utilities invest massive amounts of money into clean energy technologies like solar and wind. Much of this investment is required by government policy like the Renewables Portfolio Standard (RPS), but the motivation doesn’t change the facts.

Under the bankruptcy filing, PG&E might seek to void its contracts to buy power from wind and solar projects, or to reduce the prices it pays. A bankruptcy judge might even support this idea as it would help PG&E pay down other debts. This prospect is troubling for the solar and wind developers who already have contracts with PG&E, which they thought were rock solid. It’s also troubling for those renewable energy developers planning to build large solar installations in expectation of entering into similar contracts. Uncertainty is the enemy when it comes to getting developers and investors to put money into clean energy projects.

Electric vehicle (EV) investment is also at risk. As the LA Times reports, “Officials are counting on PG&E and other big utilities to spend billions of dollars in the coming years building electric vehicle chargers and preparing the power grid for a big boost in electricity demand from car charging.” One energy expert (Ralph Cavanagh at the Natural Resources Defense Council) sums up the dire situation in a Washington Post article: “PG&E is the state’s largest investor in energy efficiency and electric vehicle infrastructure alone, with annual commitments well in excess of $1 billion. Other threatened initiatives involve grid upgrades, small-scale ‘distributed’ resources and technology innovation.”

A Way Out
For the record, we at Citadel are not anti-utility. PG&E has provided ample, reliable electricity to northern California since 1905. Although California is known for high electricity prices, it could be worse. In fact, 16 countries around the world have average electricity prices higher than the U.S. Utilities will continue to be an important part of the country’s energy picture for decades to come.

But this whole bankruptcy conversation drives home the dangers of relying solely on an outdated utility model, not just for ratepayers but for the larger energy industry, state leaders with a clean energy vision, and society as a whole. Ratepayers should not be held hostage to the questionable decisions and actions of these large corporations. Thankfully, with more solar energy systems being installed on roofs every day, you no longer have to be. The power is in your hands.